Mike Tyson has openly said that he wouldn’t beat Muhammad Ali, but that’s coming from a man that admired Ali since he was a kid. Likewise, Muhammad Ali “secretly confessed” to George Foreman that he wasn’t confident in winning against Mike Tyson, but who knows how truthful any of these statements are. We’ll just never really know who would have won.

When looking at Mike Tyson and Muhammad Ali, different factors come into play on who would win and potentially how they would win, and don’t think that either couldn’t win. 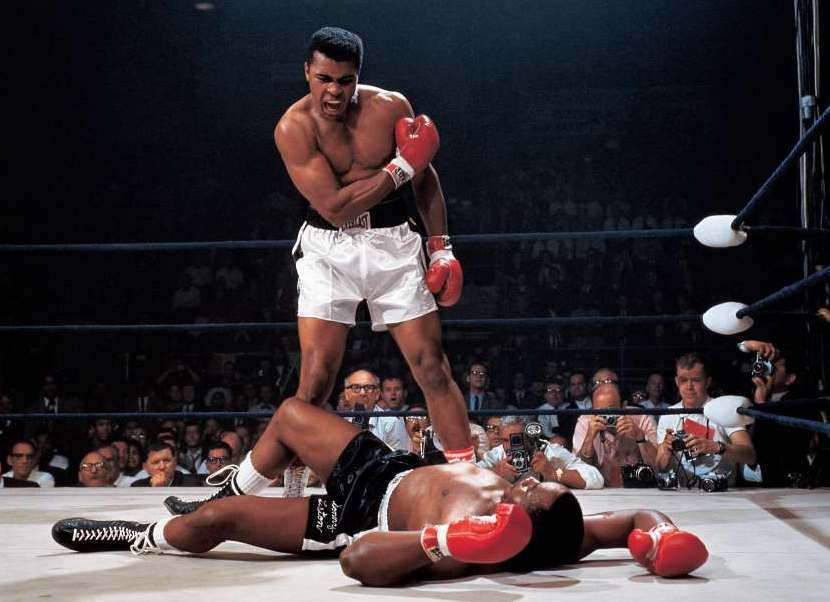 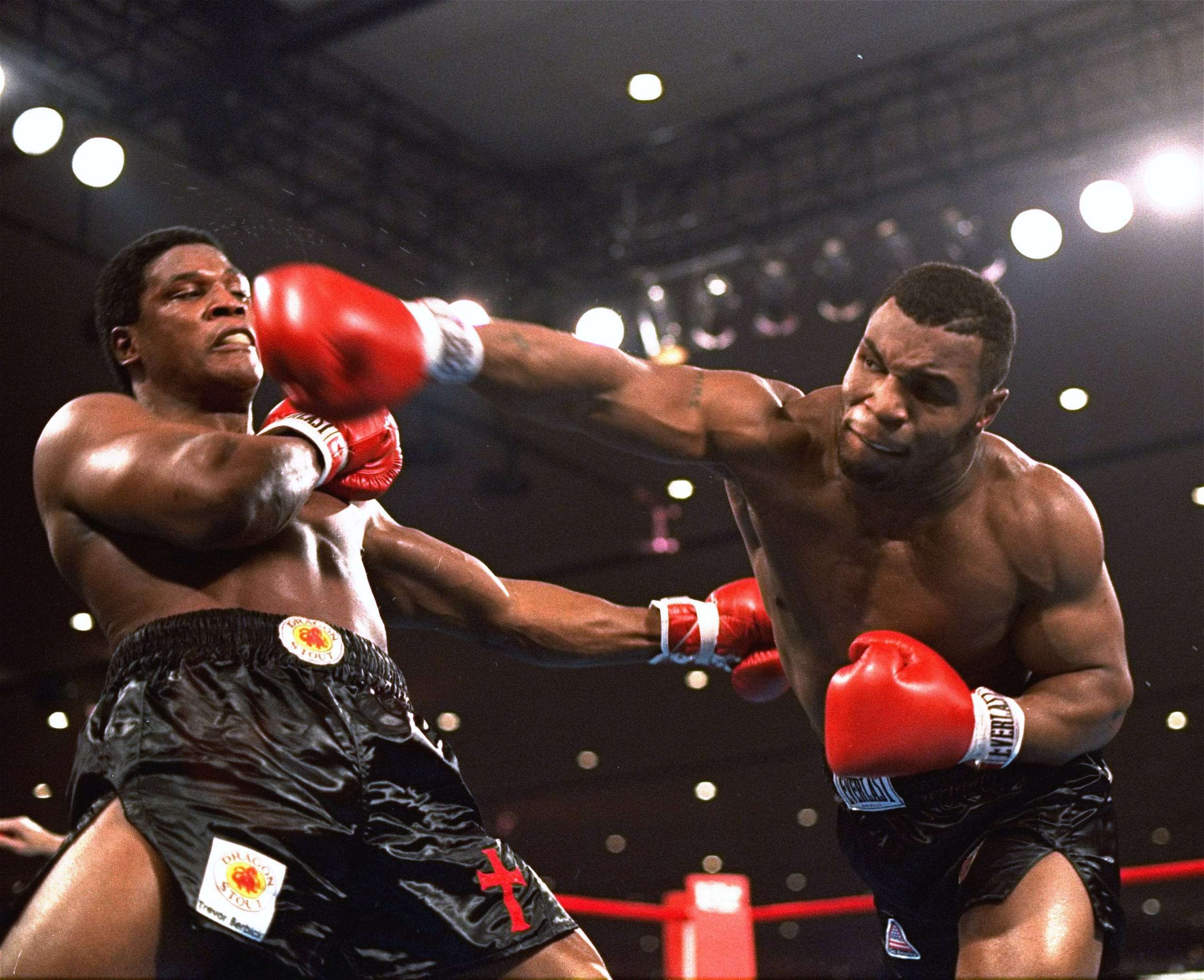 Muhammad Ali danced around the ring, keeping his opponents at arm’s length and his arms were long. Mike Tyson vs. Muhammad Ali So while his opponents may have tried to reach him, he stepped back but was still able to take heavy shots at their head. Being almost 6’3 afforded him a long reach, and his magic footwork allowed him to maneuver out of the way of punches quickly.

Mike Tyson powered forward for a full-frontal assault on his opponents, with a peek-a-boo guard as he approached; he then unleashed hell on his opponents with powerful body and headshots that were intended to go straight through them. But, at 5’8, he needed to get in close to take opponents out, and that’s what he did.

Ali wasn’t a light puncher, but often his goal was to tire opponents out, and many of his wins were in many later rounds, if not the final round. So power was not necessarily Ali’s goal in his bouts.

Tyson wanted to end the fight as early as possible by punching opponents as hard as possible as many times as he could. This approach worked well for Tyson as most of his wins came in the earlier rounds.

Speed Workout For Ali vs Tyson

Part of Ali’s style was to dodge and move out of the way of punches, rather than trying to keep his hands up and block, and Ali’s footwork was second to none, and I don’t think there’s a person that would disagree with that, especially when comparing Ali to Tyson. Ali’s hand speed was great, but it’s his footwork that people talk about.

Tyson didn’t use speed on his feet against opponents; he came at them directly and if needed, would stalk them around the ring until they couldn’t run anymore. His punches packed power, but the speed behind them was incredible so that he could throw 4-5 powerful punches in the blink of an eye, and that might be the end of his opponent.

Take a look at recent videos of Mike Tyson training; his punching power and speed are still incredible at 55 years old.

Ali wasn’t big on keeping his hands up to protect anything, and he used his footwork to move out of the way; however, Mike Tyson vs. Muhammad Ali if the footwork failed and it sometimes did, he would take big hits. So, without saying anything negative about Ali, there was certainly an issue that some opponents took advantage of. 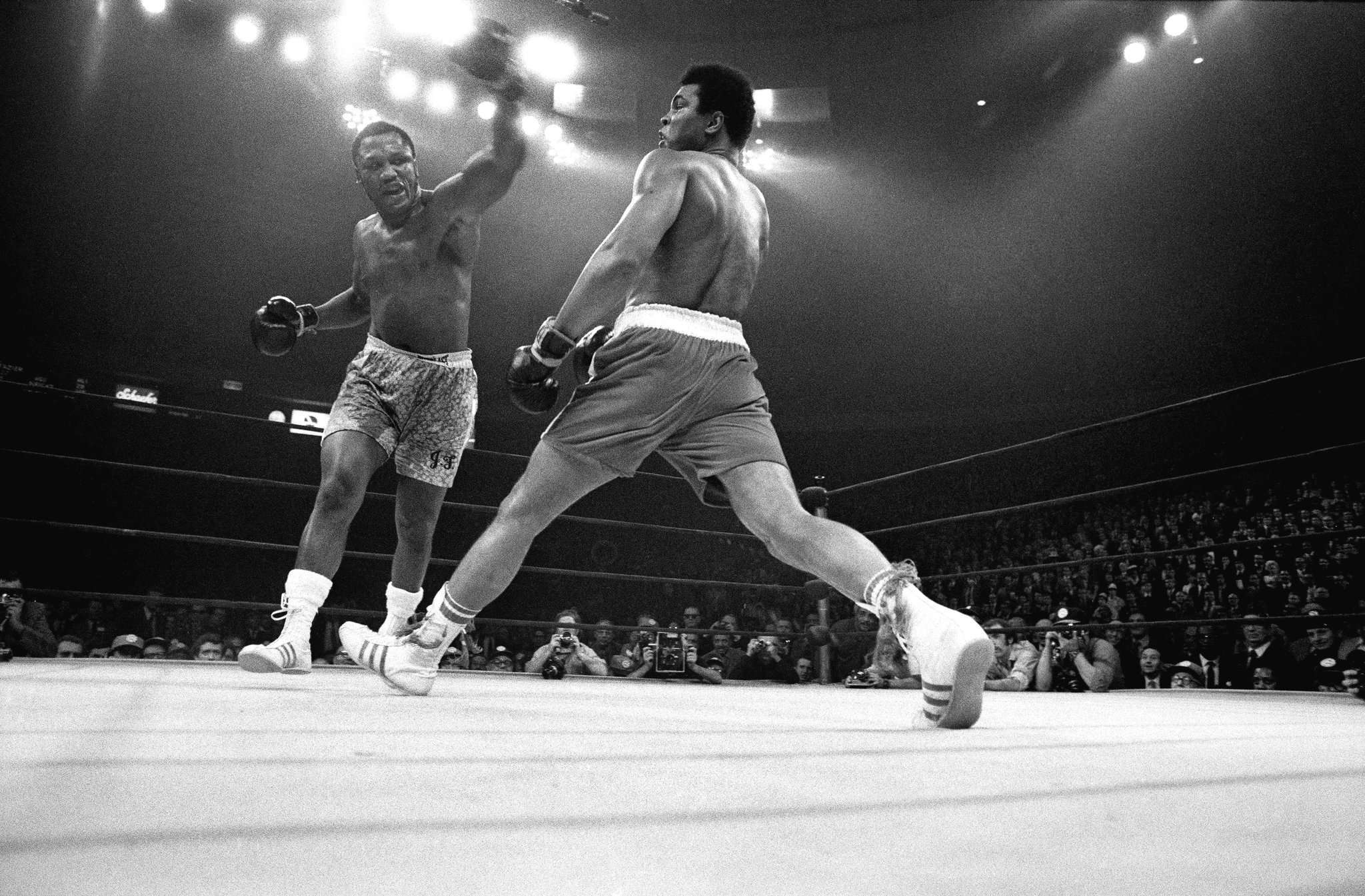 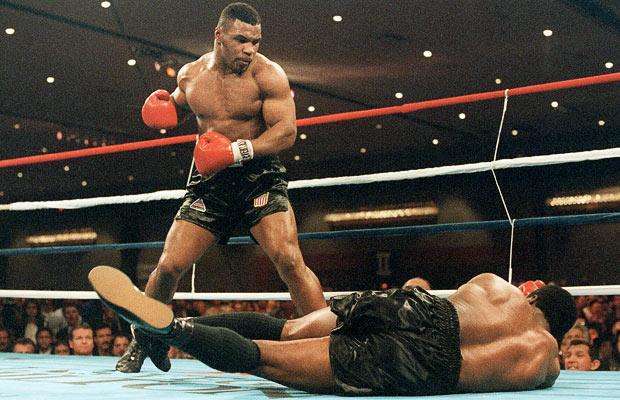 Tyson utilized a peek-a-boo defense and attack strategy that provided him with some defense, though it was known what that defense would be, so some may have been able to work around it. The constant powering forward with almost no backsteps also meant hits kept landing; whether they were blocked or not, they would still have added up.

Ali was a quick-witted, brilliant boxer who used psychological tactics against his opponents inside and outside the ring. He loved to taunt and make fun of his opponents, all to unnerve, anger, and frustrate them so that they would make mistakes in the ring.

On the other hand, Tyson used fear against his opponents, staring them down, hunting them around the ring, and never backing down. Tyson has openly admitted that it was much harder for him to win against an opponent that didn’t fear him in some way.

Tyson has even said that he wouldn’t win against Ali because he had too much heart and would never back down or give up.

Endurance was part of Ali’s style, he wanted to tire his opponents out, and the vast majority of his bouts went the distance. Not only did the bouts go the distance, but Ali spent the entire fight moving quickly, as that was also part of his defense. So Ali obviously had fantastic endurance that could handle 12 rounds.

Tyson has openly admitted that he had lung issues, and going 12 rounds could be challenging. Part of his winning approach was to take opponents out early so that endurance didn’t become a factor in many of his fights. Of Tyson’s six losses, 5 of them happened after the 4th round when he was likely getting tired.

Mike Tyson had 58 professional fights, 50 wins with 44 KOs, six losses, and two no contests. He spent 211 rounds in the ring during his career.

Muhammad Ali had 61 professional fights, 56 wins with 37 KOs, and five losses. He spent 541 rounds in the ring during his career.

When you compare many of the factors between the two fighters, it becomes apparent that Mike Tyson would need to knock Muhammad Ali out very quickly; otherwise, his endurance would fail him in the later rounds, and Ali would pick him off.

The question then just becomes could Mike Tyson hit hard enough to knock Muhammad Ali out, and while it’s possible, nobody ever knocked Muhammad Ali out cold during his entire career.