Skip to content
Previous Next
Floyd Mayweather VS Logan Paul

Some people are confused about The Fight Between

The most surprising yet exciting news on the internet today is- Floyd Mayweather is returning to the boxing ring again to fight a famous and very popular YouTube influencer, Logan Paul. Yes, you read that correctly! People are excited to see Floyd Mayweather fighting in the ring again for sure. You might be super excited about this fight and that’s why you are here on this page to know all about the Floyd Mayweather VS Logan Paul fight!

Boxing has been a very popular sport, and most of the people like you are always eager to watch the boxing match between the famous and skillful boxers.

This blog lists one of the most awaited boxing match of the year, which will be between Floyd Mayweather and Logan Paul. For the last few months, Logan Paul and Mayweather have been posting various teasers on their social media indicating they are going to fight a boxing match on (February 20th 2021). Finally, the dates and details have been revealed. So, if you are a boxing fan it would be a little disappointing because this match is only for show! To learn more, this article is worth reading as here you will get to learn everything about Floyd Mayweather VS Logan Paul fight along with their life, workout routine and diet plan.

Let’ start then! Before moving on to the boxing match details and their workout routine, first let us have a look at the key facts and highlights of the match!

One of the all-time boxing greats, Floyd Mayweather, announced on Sunday evening through his Instagram post that he will step back once again into the boxing ring early in the year 2021 to fight against a famous YouTuber Logan Paul in an exhibition bout. So, after the incredible success of Mike Tyson VS Roy Jones Jr, all the boxing fans think that 2021 may be the year of the celebrity boxing sideshow. So, let’s have a look at the key facts of the most awaited and upcoming boxing match of 2021! 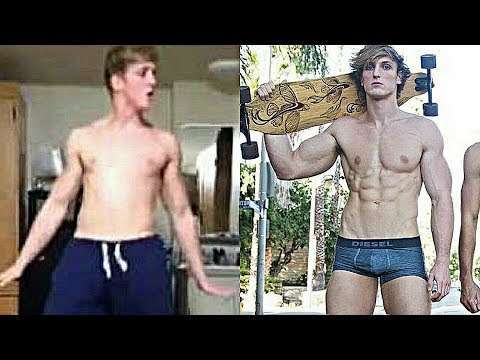 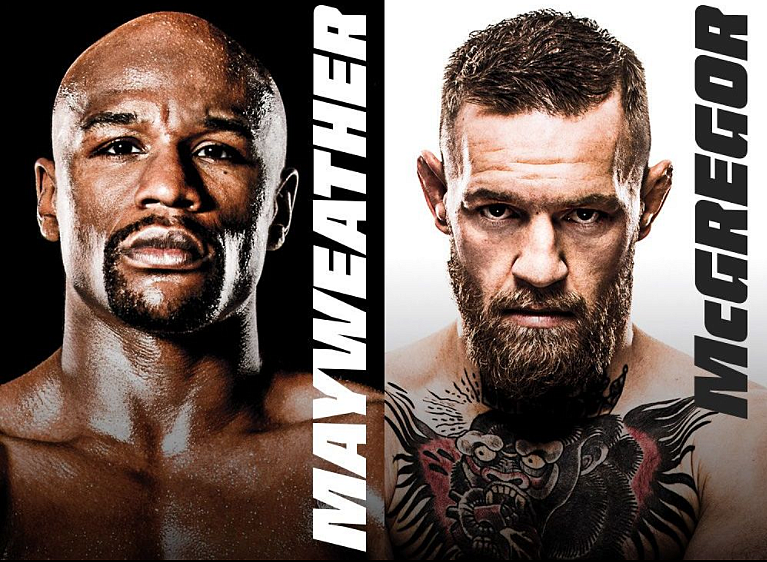 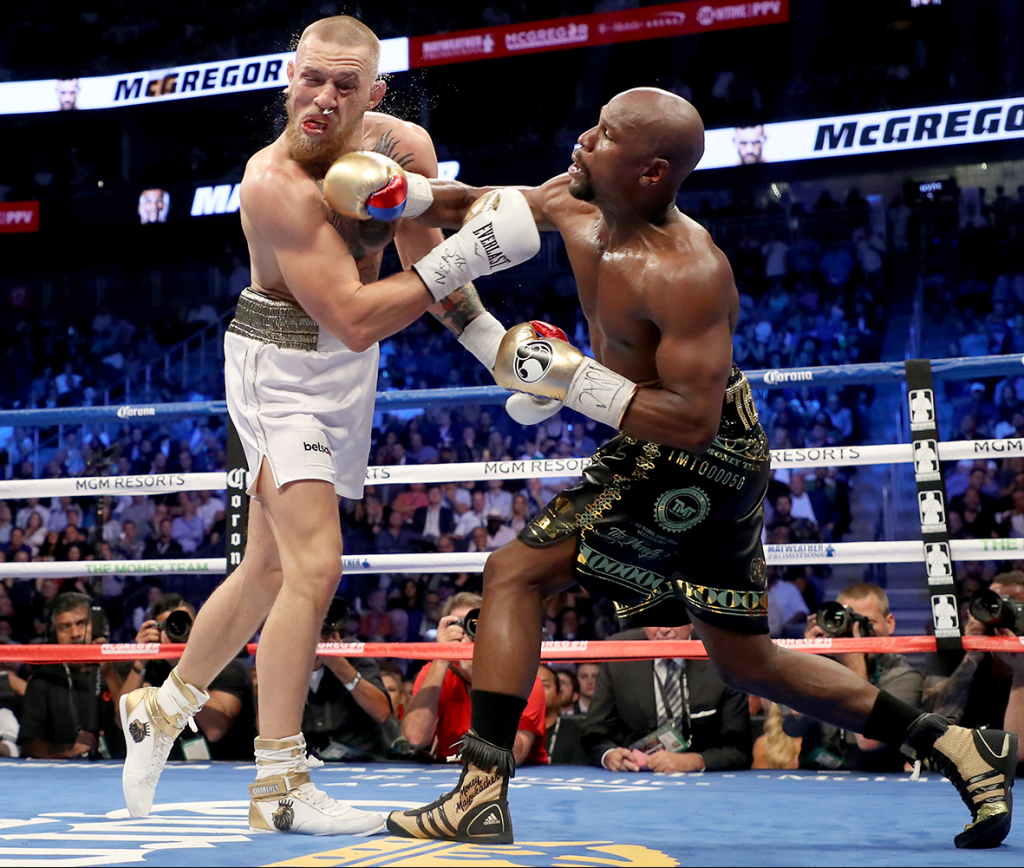 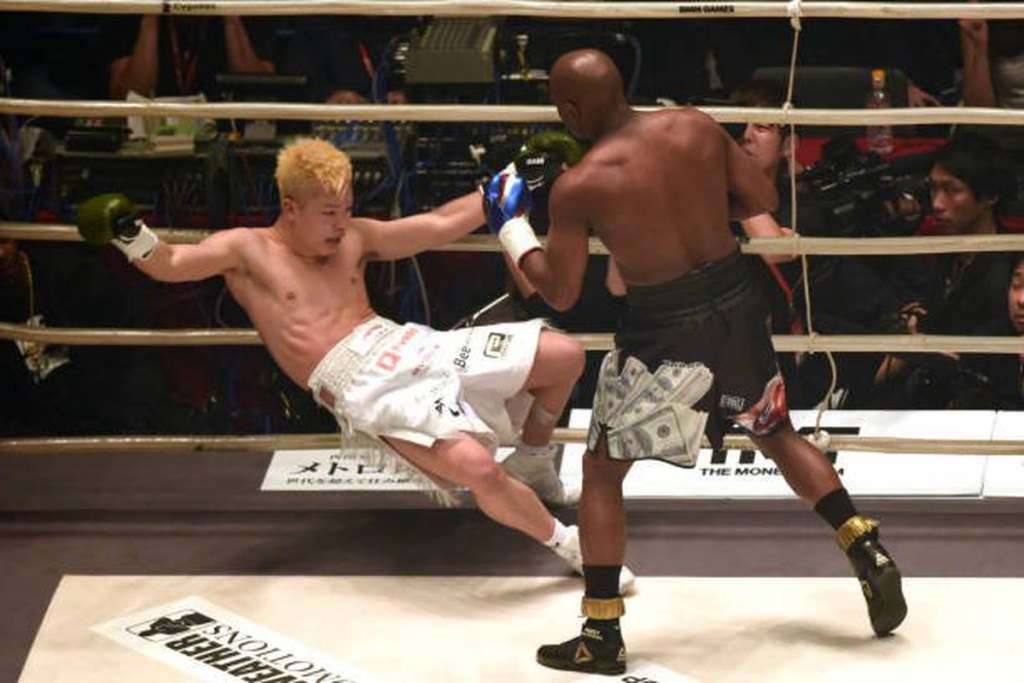 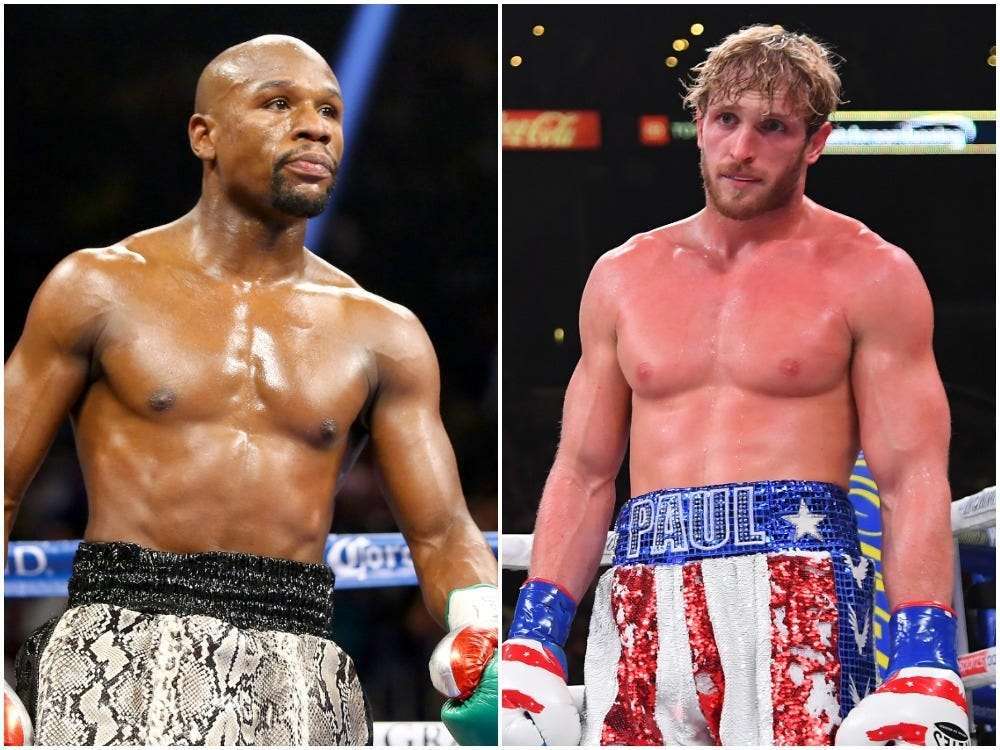 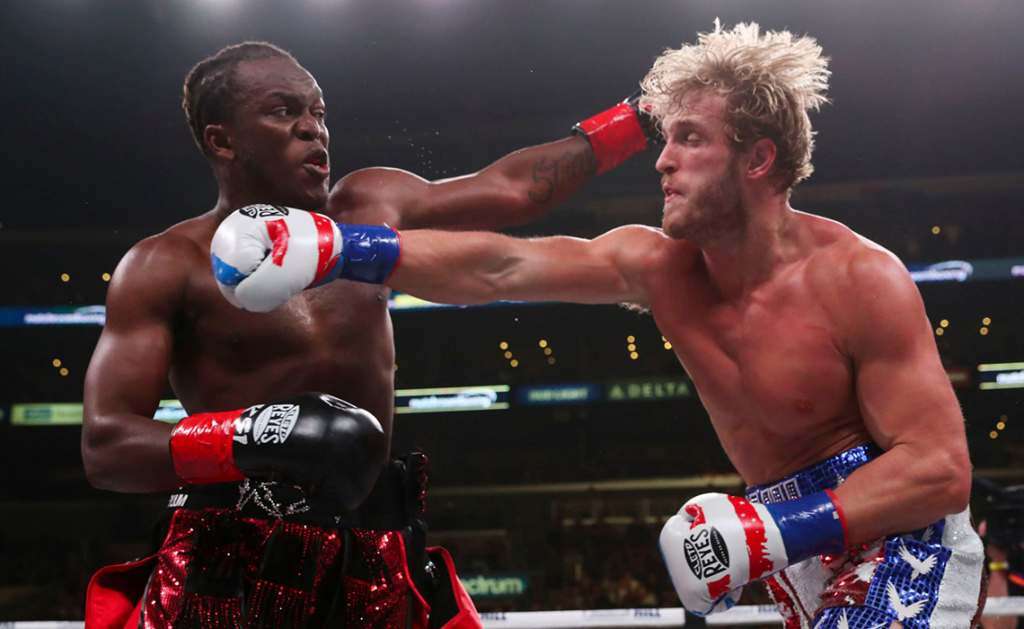 As you have gotten to know the key facts and highlights of the match, now let’s have a look at the life and career background of both of them so that you can get to know more about who they are and how they have reached to this amazing level in their life!

Life and Career Background of Floyd Mayweather and Logan Paul 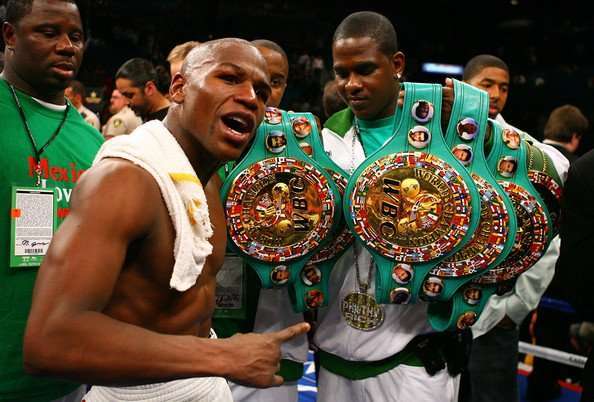 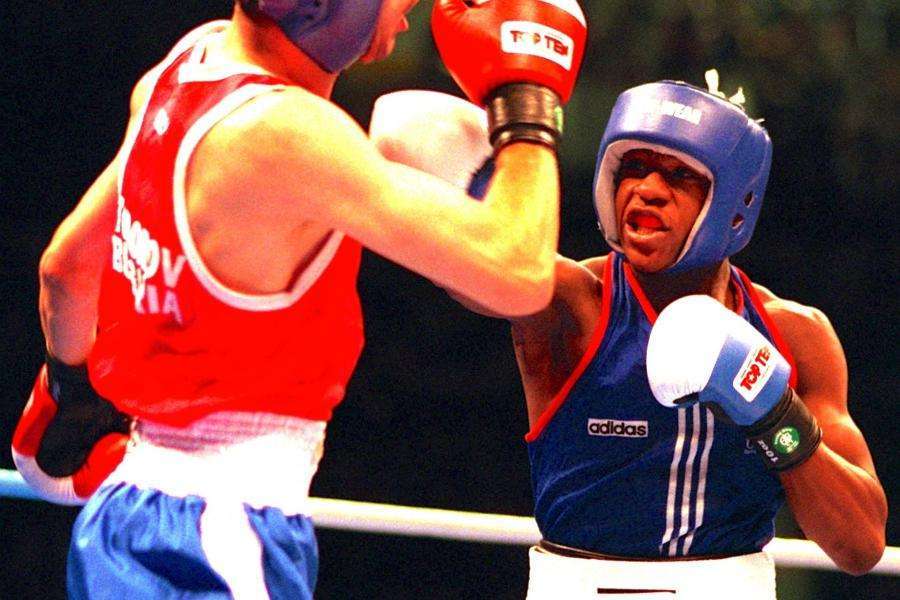 If you think of Logan Paul as a boxing champion, you might be wrong because Logan Paul’s profession is being a YouTuber! He was born on April 1, 1995. He is a very famous social media celebrity who is currently counted amongst the top YouTubers and Vine Stars. Starting from making funny videos for his classmates to uploading them on YouTube, Logan Paul gained immense popularity, which led him to venture into the 6-sec video sharing application, Vine. 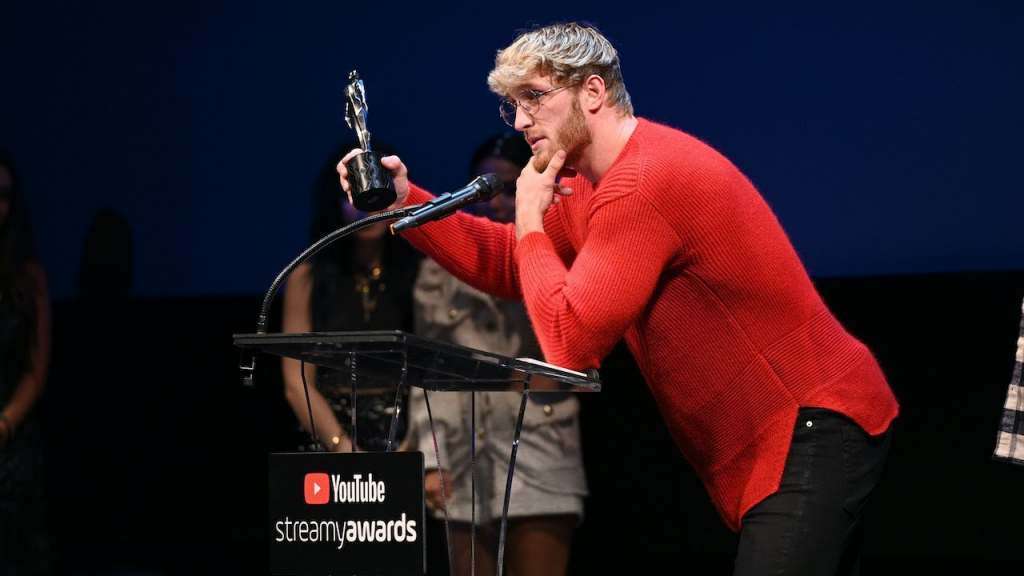 In the beginning, Logan Paul did not have any boxing experience, but later, he is trying to be one. We can tell, he even took part in a boxing match against a fellow YouTube star KSI. But unfortunately, he lost the match. it is a good evidence to shows that Logan Paul has minimal experience in boxing.

By the way Paul also took part in the Slap Fight Competition before. From this point you can get some idea why he is doing this fight for !

As you now know some info about the life and career background of both Floyd and Paul, now let’s move on to the next section of the article where you will get to know the match details!

Floyd Mayweather VS Logan Paul: The Most Awaited Boxing Match Of 2021 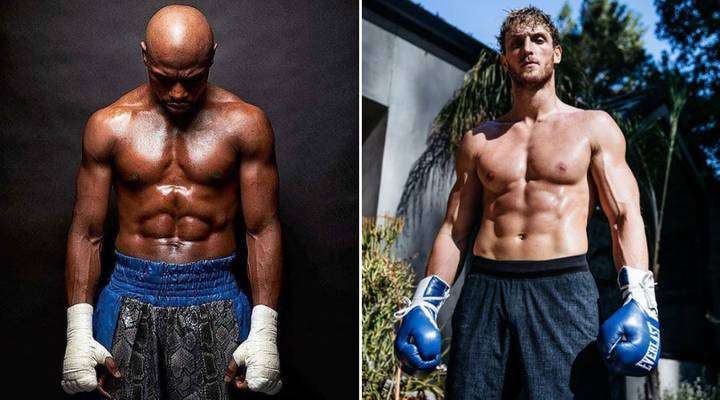 The date of the most awaited boxing exhibition match of 2021 is now revealed!

Surrounded by the current interest in boxing following the Mike Tyson VS Roy Jones Jr. Legends Only League event, the all-time famous boxing champion Floyd Mayweather has now announced an exhibition boxing match against Logan Paul, which is supposed to take on February 20, 2021. The undefeated boxing legend is all set to fight once again in a squared circle against the YouTuber Logan Paul who has lost his first professional boxing fight against KSI back in the year 2019. 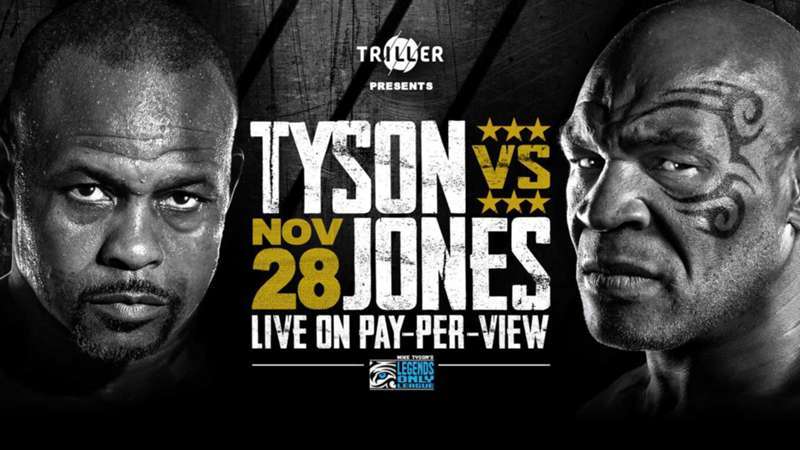 A lot of Money Going on

You might be wondering about from where it all started, right? Well, we have got you covered. Read on and know what exactly led to this boxing exhibition match!

A few weeks ago, the brother of Logan Paul, Jake Paul knocked out former Knicks guard Nate Robinson on the Mike Tyson VS Roy Jones Jr undercard. As a result, influencers garnered a lot of challengers. From Conor McGregor to the San Jose Shark’s Evander Kane, everyone has been lining up to get a crack at Paul.

Later on, the focus has shifted to the elder Paul, and it was decided that the 25-year-old Logan Paul will face Floyd Mayweather, who is a five-division winner with more than 50 wins and 27 KO’s under his belt. 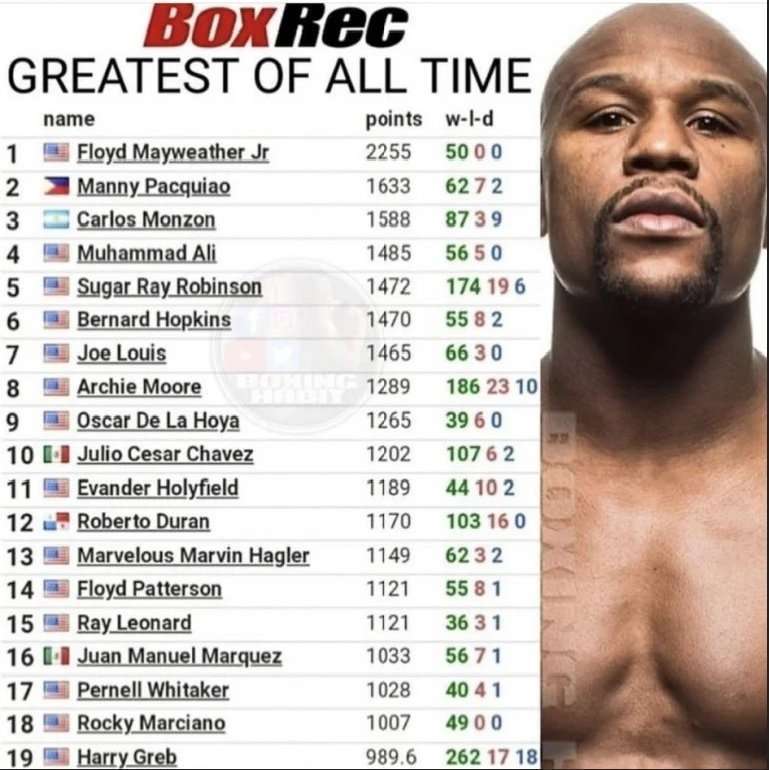 Floyd Mayweather is 50-0 in his professional boxing career. Mayweather’s last official bout was in “The Money Fight” VS Conor McGregor in August 2017. He also participated in an exhibition against kickboxer Tenshin Nasukawa, which was held in Japan in December 2018. Since September 2015, Floyd Mayweather had not fought a full-time boxer, when he defeated Andre Berto by unanimous decision.

Logan Paul has fought the fellow YouTube personality “KSI” twice, one bout being an official fight under his belt. In another bout, Logan Paul fought KSI last year, losing a six-round split decision in Los Angeles.

With Logan Paul, who is a famous YouTuber, and Floyd Mayweather, who is the boxing champion, this exhibition boxing match is sure to draw some eyeballs on February 20, 2021, on Fanmio.

Apart from the date on which the exhibition match is going to be streamed on Fanmio, the more details as to where the match will happen are still scarce. Floyd Mayweather only shared the link to Twitter, and Logan Paul has only added – “its official” in his Instagram post along with a graphic. So, until the match is going to be streamed on February 20, 2021, choose who you will be supporting- Mayweather or Paul?

This picture is from Mayweather’s Twitter posted on (December.6.2020) 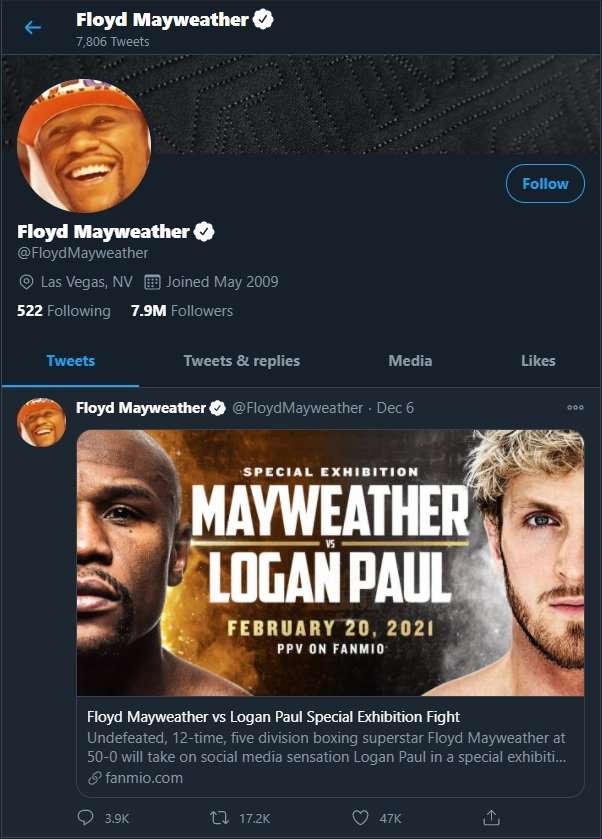 As you have got to know that the match is about to be held in just a few months, so now you might be excited to know how these boxers are getting ready for the big fight, right? Well, read on as the upcoming section has got you covered!

What Kind Of Workout Are They Doing?

The workout routine of both the fighters is mentioned below. Have a look at how willingly they both are practicing for the biggest fight of 2021!

Floyd Mayweather has a very disciplined and strict workout routine. He gets so involved in the workout sessions that he does not see anyone around him once he starts working out. It is the biggest reason why he is a boxing champion also known as undefeated because of his 50-0 score. By the way This is the best record he never lose! 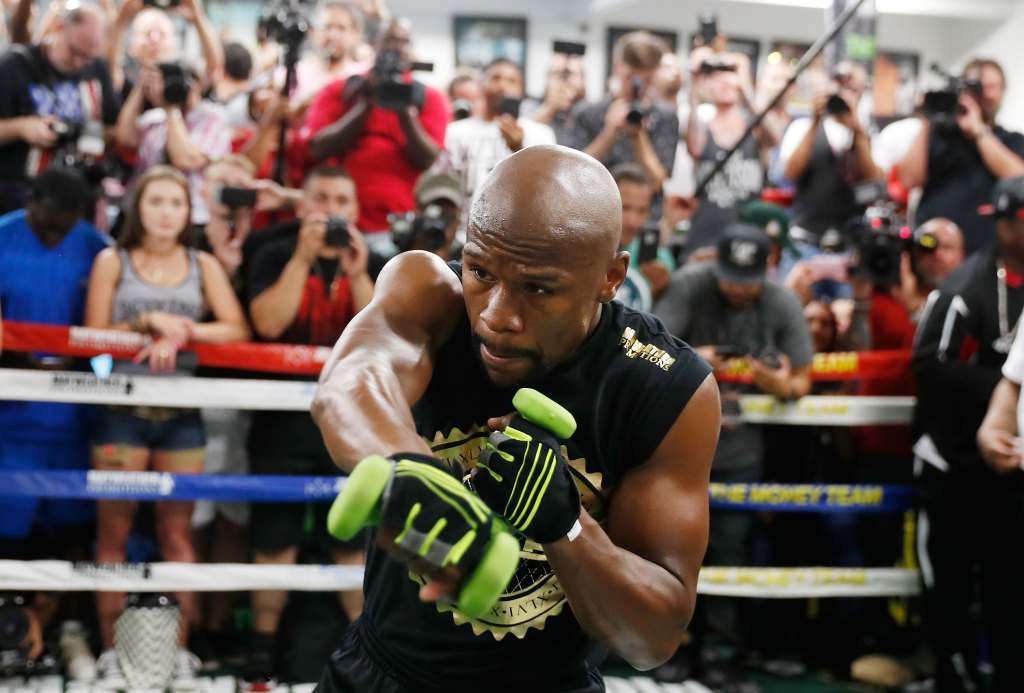 Smart boxers always do a lot of shadow boxing! 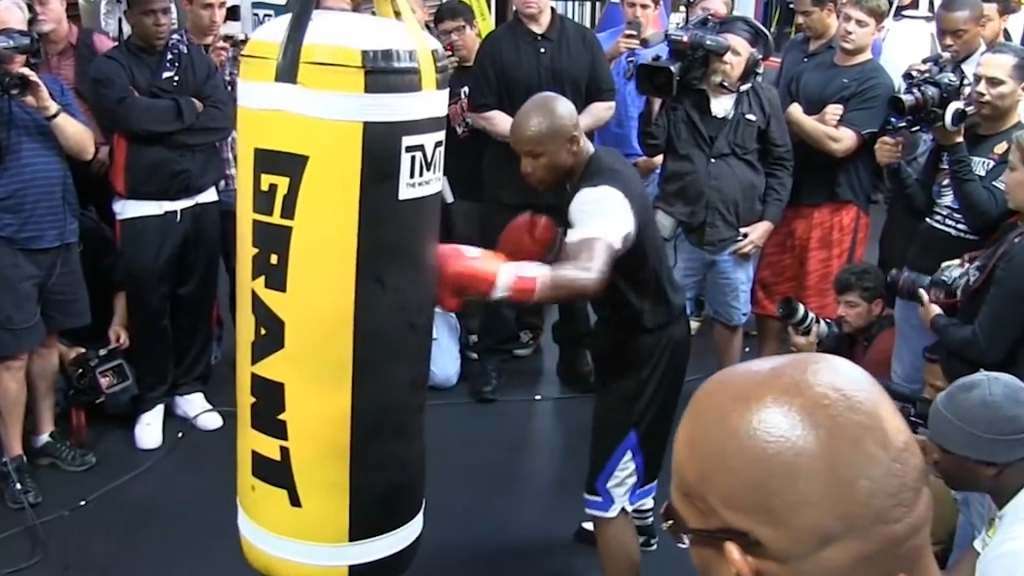 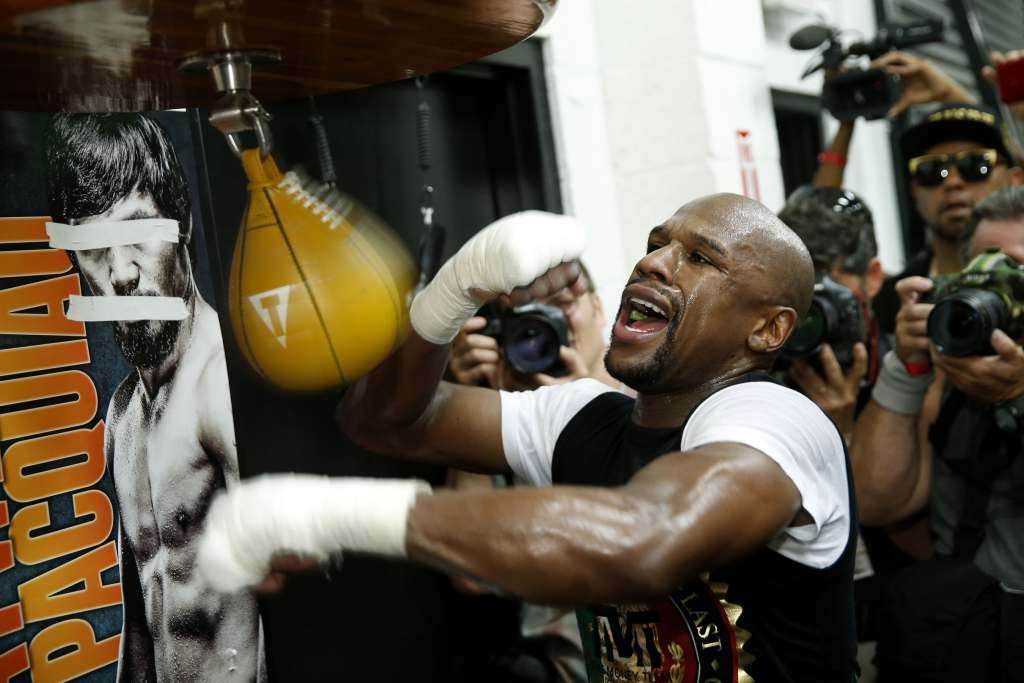 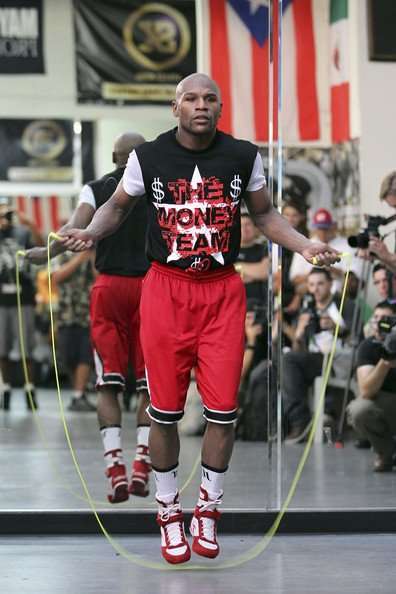 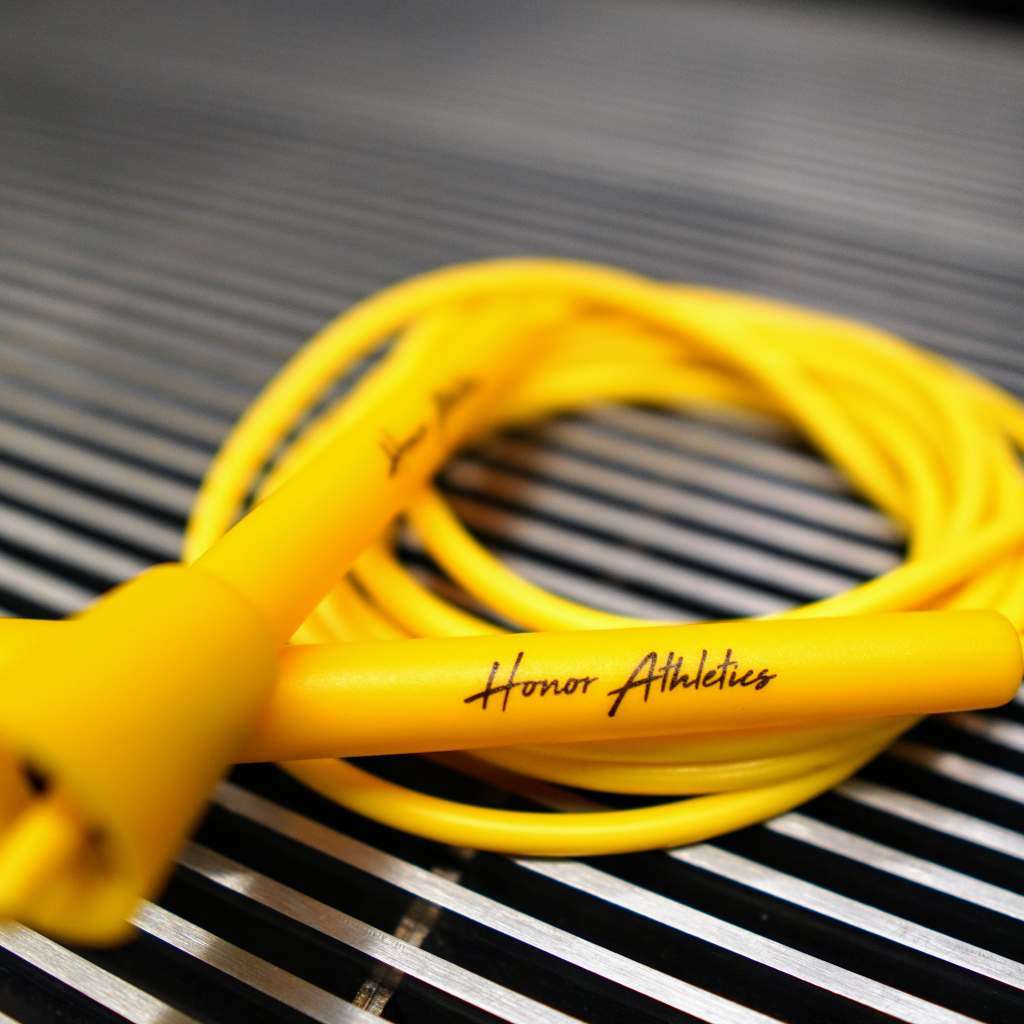 A lot of Push Ups 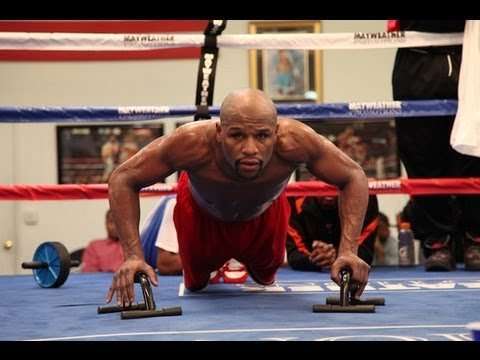 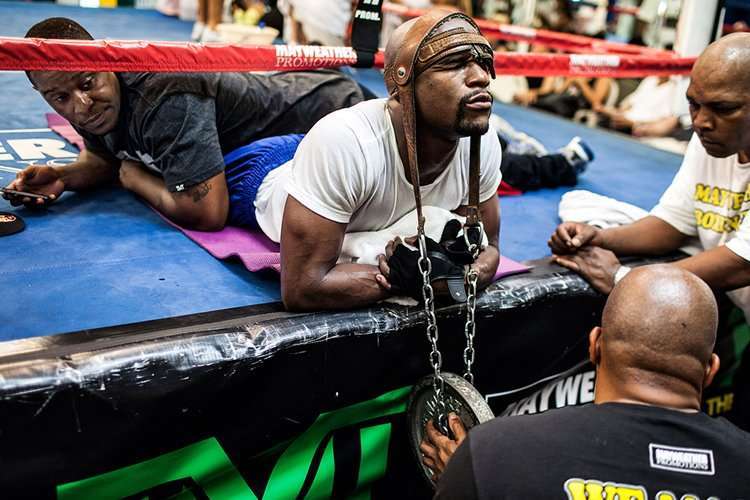 The daily workout routine of Logan Paul involves a lot of cardio, bodybuilding exercises, and a lot of boxing sessions as well. Logan Paul is always fit, and he always tries to keep himself in shape through his daily workout routine. He was inspired by Dwayne the rock Johnson and said that he always wanted to build a healthy muscular body like him, and this is what exactly keeps him motivated during his entire journey. 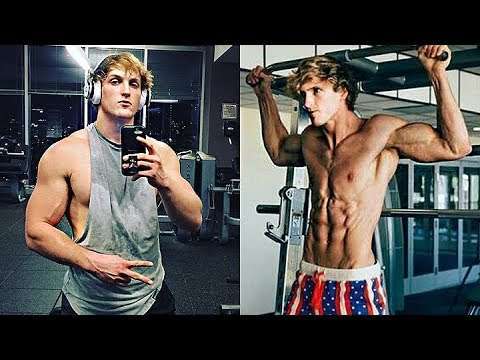 Logan Paul works out for 6 consecutive days in a week, and every day he trains for about 2-3 hours. The exercise plan of Logan Paul involves the following: 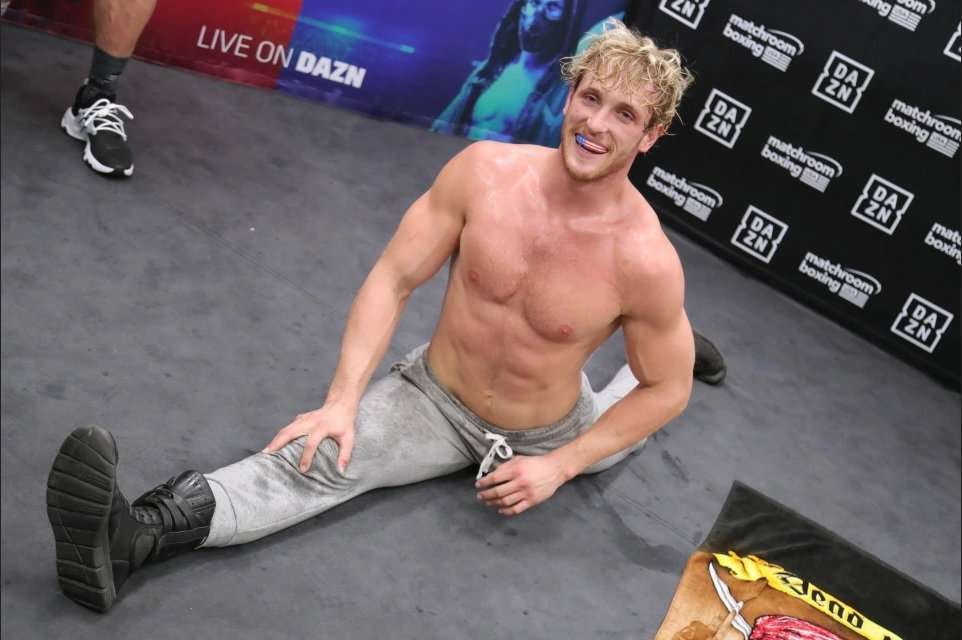 Logan Paul do abs workout for about 2 to 3 days a week.

Now let’s have a look at what kind of diet plan do they follow!

What Kind of Diet Plan are They Following?

If we talk about the diet plan of Floyd Mayweather, he is very strict about eating healthy and organic food. He is fond of eating broccoli, and he loves all the things with flavor. Mayweather always keeps himself stocked up with carbohydrates and proteins.

The rest of Mayweather’s favorite food includes baked chicken with rice and gravy and BBQ chicken. He also likes to have plenty of fresh juice in a day. Though Floyd Mayweather does not have a fixed diet, he only focuses on eating healthy and organic food that keeps him strong and fit. He also drinks a lot of water to keep himself hydrated all day long.

Like Floyd Mayweather, Logan Paul also focuses on eating healthy. His general diet plan of a day involves the following:

This was all about the workout routine and diet plan of both these fighters. Both Floyd Mayweather and Logan Paul are practicing hard for their upcoming boxing match. So let’s wait for the match day and see who will win the exciting exhibition boxing match of 2021.

Here you have come down to the bottom line of the article- The Fight Between Floyd Mayweather VS Logan Paul. The undefeated retired boxing champion Floyd Mayweather will step back into the squared circle once again to fight Logan Paul in a boxing exhibition match on February 20, 2021. This amazing and thrilling event, which has reportedly been in the works for a while, will be streaming exclusively on Fanmio. Both of them have started their practice by doing regular workouts and following strict diet plans but have you got your slots booked? If not, then get them booked as soon as possible so you won’t miss the chance to enjoy this amazing event on Fanmio’s pay-per-view bout on February 20, 2021! 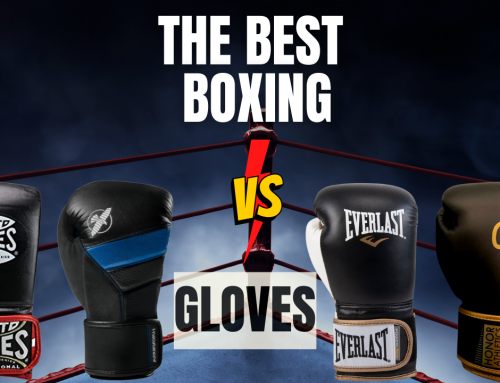 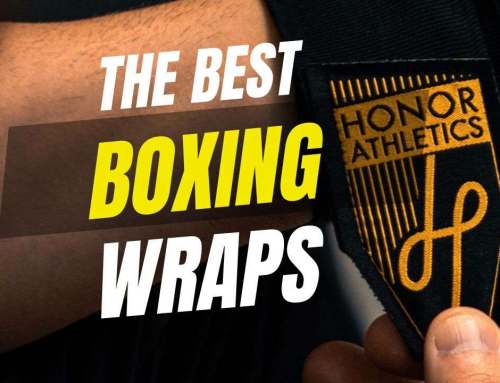 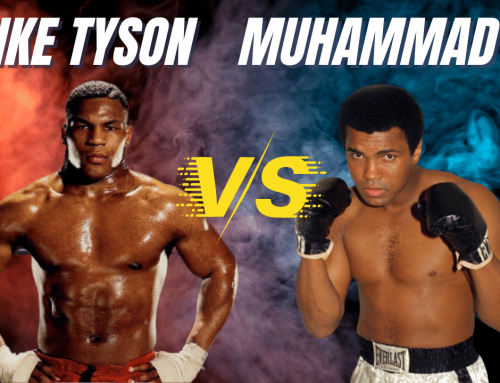 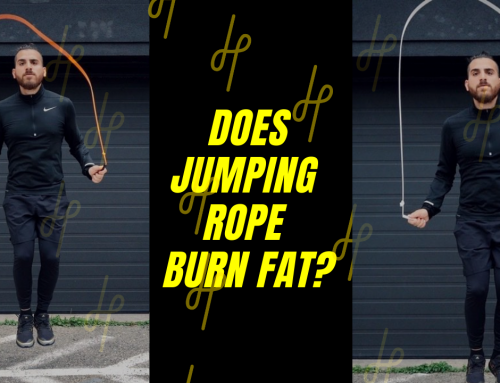 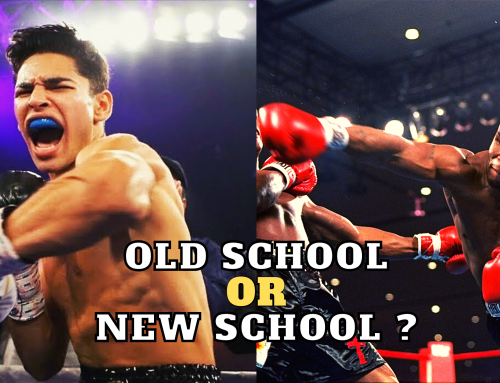